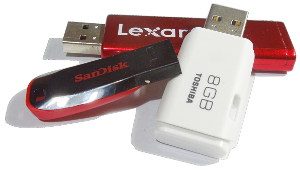 I have running VMware ESXi servers for years, sometimes at work on servers but recently at home on a whole bunch of older desktop machines. Not too many problems and when I did have problems it was usually about an unsupported network adaptor.

Just a few weeks ago I tried to run ESX from USB flash drives on a couple of older HP SFF desktops a DC7700 and a DC7900. Boy was it a lot of trouble, it turned out the problem was that the desktops, even with the most recent firmware still didn’t support GPT partitions and thus it stubornly refused to boot even with flash disks that worked perfectly ok on other machines.

The answer is to tell ESX to install using the MBR partition scheme. Of course now that I know this I found heaps of posts about it.

The intention of this post is not to talk about everything to do with running VMware ESX but rather how to overcome this specific problem.

Also see my other post on a similar topic Running ESX 5.1 from a USB key

I would suggest disconnecting all drives at this point so you can be confident you will install where you want. 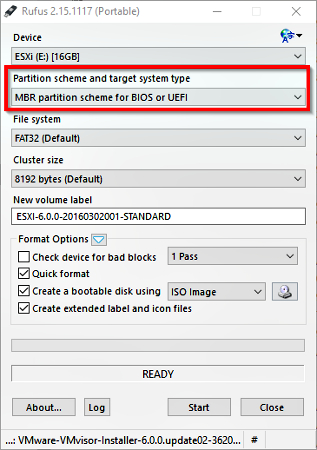 Once the flash drive has been created boot your desktop from it and select the ESX boot option from the Rufus menu: 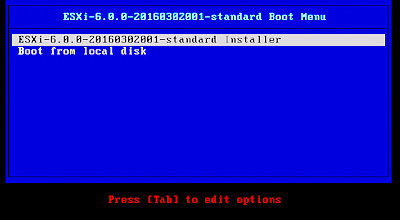 As it starts to boot ESX you can see in the bottom right you should see “<SHIFT+O: Edit boot options>” at this point, right as ESX pauses, quickly enter <shift>O – which is a letter “O” not a zero: 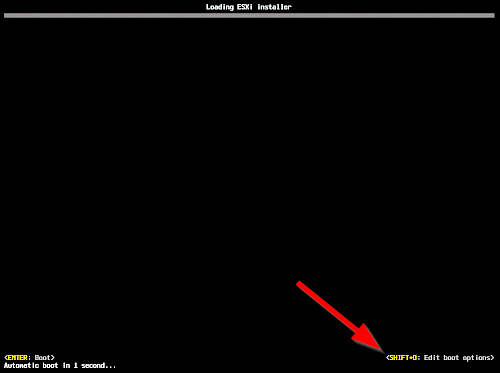 Then the bottom left corner changes to:

This is the critical bit, you need to enter “formatwithmbr” – of course putting a space after “runweasel”.

Before you press <enter> I would suggest if you haven’t plugged in the destination USB flash drive do it now and press <enter>.

This will eventually take you to the start of the installer screen, press <enter> to begin:

At the next screen press <F11> to continue. The installer will now search for install media, you will then see the possible storage devices. If you have disconnected any disks and only have your flash drive then you will only see it. Obviously if you have other drives ensure you select the correct flash drive and press <enter> 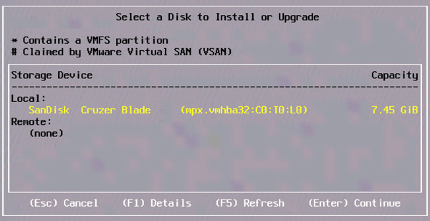 Keep accepting defaults and entering a root password. Then at the end press <F11> to begin the installation:

Once finished you will see the final screen where you press <enter> to reboot: 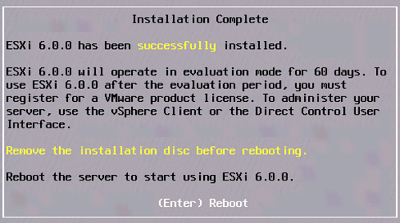 It will take a short while to restart but that’s fine. So it should now reboot to the same key but this time start up a normal ESX install that you can connect to: 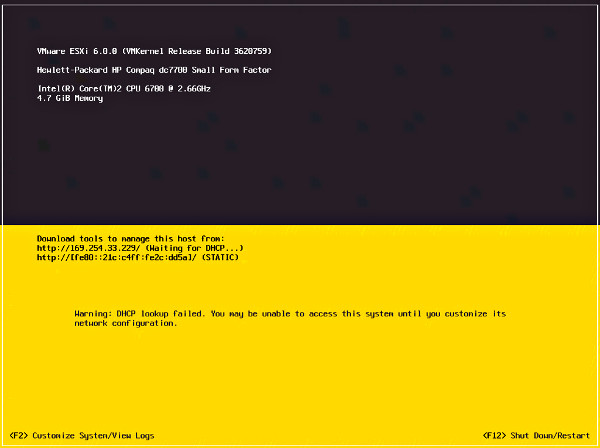 Why doesn’t the Internal USB port boot ESXi 6 on my Microserver Gen8?